Shaving is something that all free people take for granted. There is unrestricted access to all types of equipment and accessories to ensure that your body hair is exactly how you want it. However, when you are incarcerated, everything changes.

Shaving is one of these things that you must do, and for many people, it is a rite of passage—a part of life that demonstrates maturity.

Selling shaving creams, gels, and high-end razors is a multi-billion-dollar industry. Hair removal is a huge business—from electric razors to waxing—people are willing to spend money to ensure that certain hairs do not grow in undesirable places.

Not being able to properly groom yourself can result in a new form of self-rejection. Keeping clean becomes a necessity in prison. When you’re in an environment with a lot of people, it’s a good idea to make sure your body odor isn’t offensive to anyone else. The only person who is truly affected by their body hair is the individual, but having too much hair can be detrimental to one’s self-esteem. 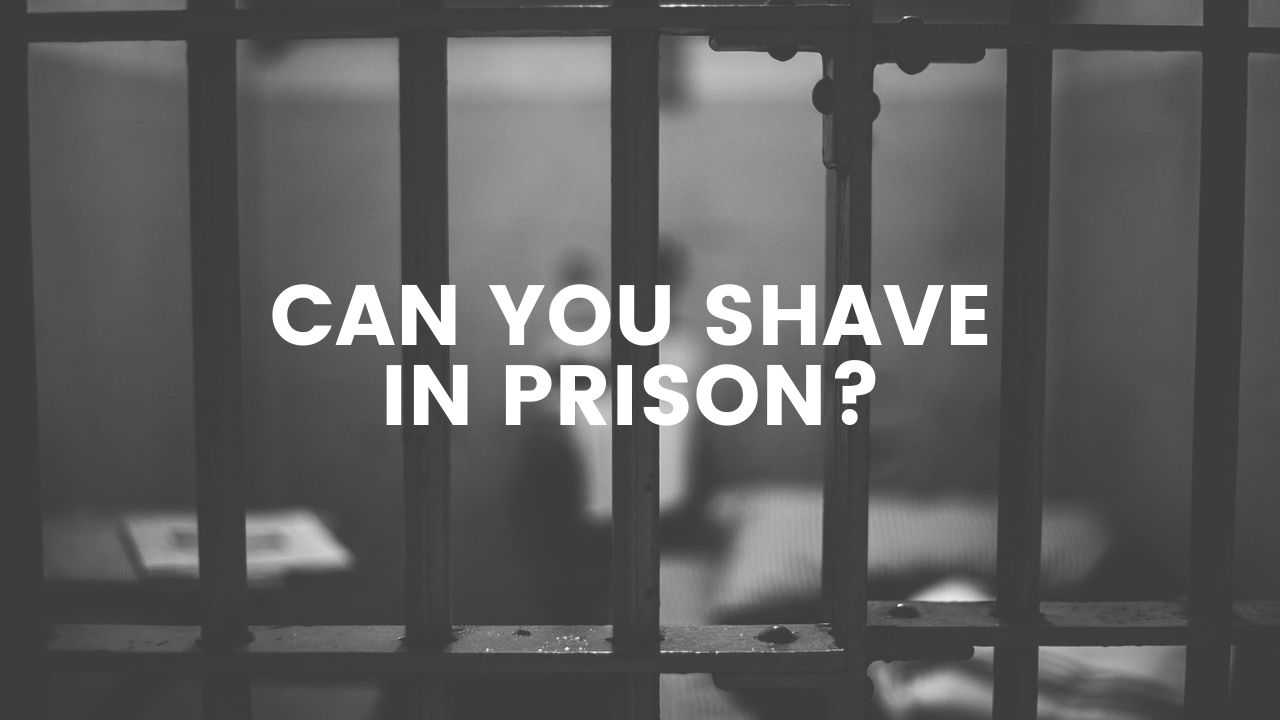 Can you shave in prison?

The short answer is yes. There are many factors that are considered when allowing inmates to shave in prison. Unfortunately, many inmates are embarrassed by their inability to properly groom themselves. Not only can not shaving be embarrassing but can pose real health issues among the prison population as hygiene is a number one priority.

Although not all prisons allow razors, the majority of prison systems do provide inmates with access to razors. There are strict policies in place regarding the distribution of razors to inmates. There are restrictions based on the level of security in the prison where you are housed.

How do you get a razor in prison?

Every prison has its own rules for getting a razor as an inmate. While minimum security prisons will provide inmates with the necessities—soap, toothpaste, toothbrushes, and a disposable razor that can be exchanged weekly—others will not allow it unless closely monitored.

Disposable razors are checked out from officers and returned within a reasonable time frame in some prisons, particularly women’s prisons. They are examined for signs of tampering with the razor in any way.

The use of safety razors is no longer permitted in restricted housing units, such as death row. Instead, prior to showering, inmates are permitted to use an electric shaver. There has been some debate about this because inmates share electric shavers and many do not believe the equipment is properly sanitized, increasing the risk of infection.

Can you shave your face in prison?

Yes, you can shave your face in prison. Male inmates are frequently permitted to use a disposable razor or an electric razor to keep their faces shaved. Obviously, hair removal is not as common in men as it is in women.

Beards, mustaches, and hair length are the basic grooming standards for men. Male inmates are required to have a clean, shaved face for health and sanitation reasons. To ensure that an inmate’s appearance is regulated in order for each inmate to be easily identified. A male inmate is required to trim his mustache and beard upon arrival at the prison for the purpose of obtaining a prison identification card. If a male inmate changes his physical appearance by shaving or getting a haircut, he must have a new photo taken.

Because women’s hair is constantly growing, their physical appearance may change more frequently than that of a male inmate. The same rules apply to prison identification cards issued by prison personnel. Female inmates have a more difficult time with razors because they have more hair to remove from their bodies, such as their legs and armpits. Women should shave these areas to maintain hygiene and control body odor.

Infectious disease thrives in prisons, and many inmates have experienced skin inflammation symptoms. You are putting yourself at unnecessary risk of developing various conditions, including skin infection, by using electric razors or a razor that another inmate has used. Skin inflammation or infection necessitates a visit to the doctor because prescription corticosteroid ointment is usually required to alleviate the inflammation.

Can you shave your legs in prison?

The inability to control one’s appearance can be traumatic for female inmates. Particularly after years of magazines and social media outlets focusing on a woman’s beauty.

Female inmates are permitted to shave their legs and other areas; however, the regulations may be strict or lax depending on the prison’s security level. Some prisons will allow an inmate to “check out” a razor for a limited time before inspecting it for signs of tampering. A razor may be checked out on specific days and times in certain prisons. This is to ensure that they have the necessary personnel on hand to keep the process running smoothly.

Most will give you about 15-20 minutes to shower, shave, and rush to return the razor to the guard before you are punished. Upon receipt, the razor is inspected for signs of tampering.

Can a fellow inmate give you a shave in prison?

There have been instances where a cellmate has been asked to shave another inmate’s face; this action can be punished by both inmates as it is not worth the extra time that can be added to a prison sentence for receiving a new charge.

Options for hair removal in prison?

Most prisons have a barbershop or cosmetology school where inmates can get haircuts. Male inmates in some prisons can get their faces shaved for a small fee at the barbershop.

For female inmates, there is a whole side hustle aspect to hair removal. Women who know how to “string” can make a lot of money. This skill is known as threading, and it is a method of removing facial hair with a string. The string is frequently supplied by a tampon. Threading or stringing has become the most effective way to keep your brows and mustaches in place.

For men, a barber is frequently available for scheduled appointments that include haircuts, shaves, and beard trimming. Because of the increase in violence in the prison system over the years, many prisons no longer provide a barber shave. Men will have to rely on another method to achieve and maintain a clean shaved face.

Importance of grooming and hygiene while in prison

Being clean and well-groomed can protect not only you but the entire prison population. Keeping up with your hygiene is frequently regarded as personal freedom unless it conflicts with prison rules and regulations. Proper grooming is essential for the security and safety of other inmates and prison personnel, as well as the ability to properly identify an inmate.

Every prison system provides the basic essential hygienic products including:

The commissary items range in price from $1.45 to $7.00. The first method for an inmate to obtain funds for their commissary account is to work for menial pay within the prison or to have friends or family members contribute funds to the inmate’s account.

The more sloppy your hygiene is, the more vulnerable you are to viruses and infections that can infiltrate the prison population. The most important reason for you to keep your shave clean and maintain your personal hygiene is to limit contamination. Even with the proper cleaning schedules that prisons tend to follow, a prison can be the most breeding ground for bacteria.

People frequently forget about the basic luxuries that they have access to in the free world, but it is a completely different story when you become a prison inmate. Shaving is a necessary part of a person’s hygiene routine. Being unable to shave can have a negative impact on a person’s self-esteem.

The ability to obtain a razor in prison is frequently determined by the level of security in which you are housed. Clearly, minimum security prisons foster more trust in an inmate’s character than maximum-security prisons.

Hygiene should be a top priority for those in-person to keep yourself and fellow inmates safe from viruses and contamination that frequently occur within the prison walls. Maintaining your hygiene should not be a problem with the variety of hygiene products available at the commissary.