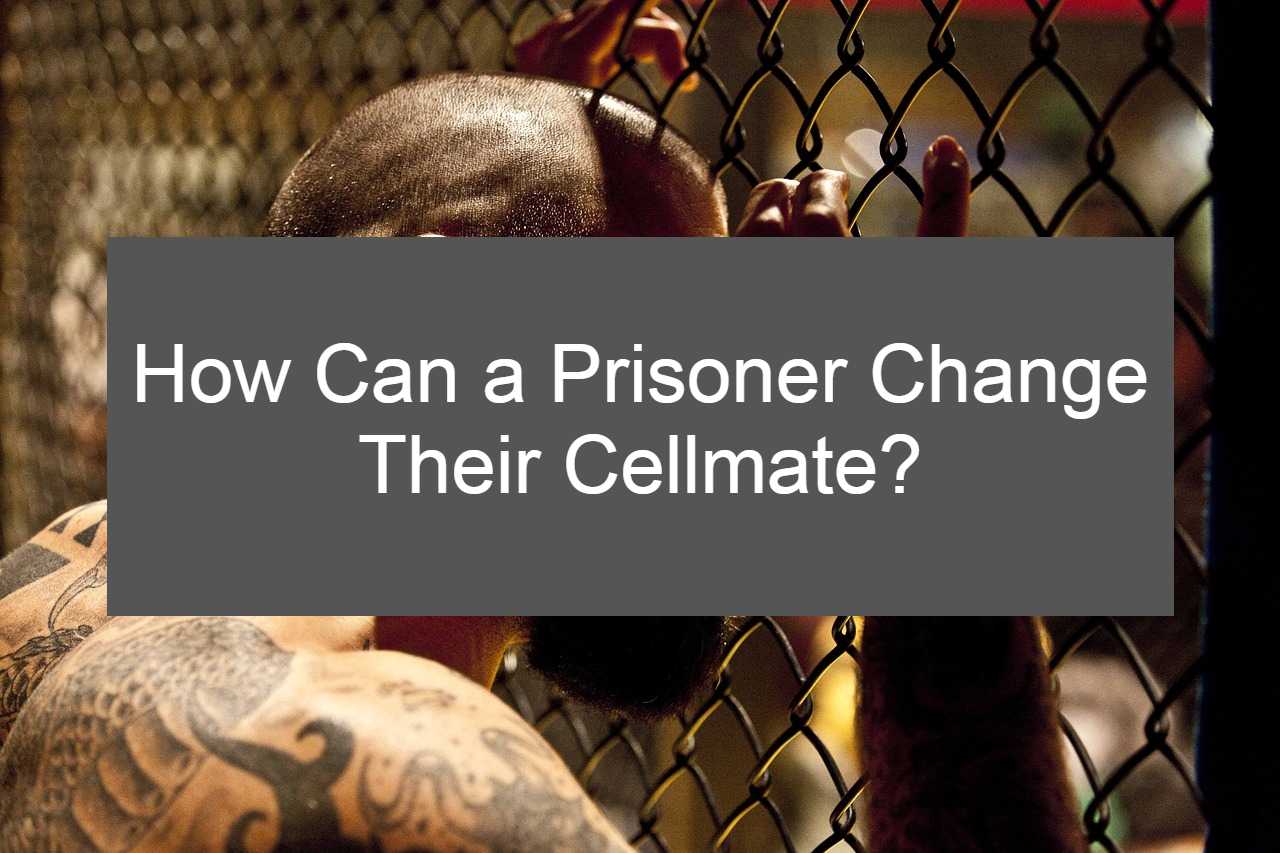 Consider sharing an 8×8 room with a stranger. Only this stranger has committed whatever crimes he has committed. Could you handle it? According to the prisoners, you are essentially living in a bathroom. This area houses your toilet, as well as your bed and other necessities for daily living.

This is your living situation as a prison inmate for the duration of your sentence. You really don’t have a choice in your cellmate at this point. Or is there a way to change this?

What is the procedure for swapping out a cellmate? A prisoner can always request a cell change, which is safer than requesting a new cellmate. They must be prepared to provide a detailed explanation of why this is required. Getting into a fight with your cell partner is one way to ensure a cell change. Many times, this is the only way to obtain the transfer.

There are two types of prisons: state and federal. Felons who have committed a crime in that state are usually housed in the state prison. Federal prisons house criminals convicted of federal offenses.

When classifying prisoners, they use a number and point system. States may follow a different procedure, but this is the norm. Classifications are required to place prisoners in the appropriate custody level. These levels of custody range from close to maximum security to minimum security. This system is then used to categorize prisoners into various housing assignments.

Prisoners are assigned to different levels of custody based on their perceived public safety. Close custody is the most secure. This level consists primarily of single cells that are divided into cell blocks. These individuals have been determined to pose the greatest risk and are restricted in their ability to move within the facility, necessitating strict supervision. Within their cells, they have toilets and sinks.

The next level is Medium Security, which consists of secure dormitories that can accommodate up to 50 prisoners sleeping on bunks in a large area. These inmates share group facilities like toilets and showers. Their movements within the facility are not as closely monitored as those of close security.

There are typically two or three tiers of minimum security. These housing units are non-secure dorms that are regularly patrolled. They do share group restrooms and showers, and they are given a little more freedom as they move around the facility.

They have been removed from the general population in order to maintain order or to protect the public. People are usually placed in this status while they are awaiting classification or being reclassified. Prisoners may also be assigned to this status if they are on hold and waiting to be transferred to another facility.

Some inmates endanger the lives and property of others in the facility, including themselves. Those prisoners are then assigned to Disciplinary Segregation. This justifies his exclusion from the general inmate population.

Tensions between racial and ethnic groups have also played a role in the classification and housing of prisoners. This precautionary measure is required because prison staff strive to maintain order while also ensuring the safety and protection of both prisoners and staff.

In the words of a California prisoner…. “On my way to breakfast, I asked the officer for a cell move because I saw an empty cell open on the third tier.” The officer didn’t ask why; I’d later learn that my roommate couldn’t keep a cell partner, and officers were aware of his kind. If you believe your cellmate is going to cause you problems on a regular basis, request a cell transfer.”

Separation is essential for maintaining peace and order. Most prisons segregate new inmates for up to 90 days while they are classified and assigned to specific housing.

How are Cellmates Chosen?

When assigning prisoners to housing, prison administrators consider factors such as their background and criminal history. These factors do not change, but sometimes these placement processes fail and it is necessary to change cellmates.

According to a former corrections officer, prison operations and inmates’ personalities should be taken into account when assigning housing. The physical condition of the facility has an impact on the inmates’ behavior. This would seem to be common sense, but it is not even considered as a factor in housing assignments.

How to Request an Inmate Change

It is always worthwhile to inquire. You could save yourself a lot of heartache if you did this. However, there is a chance that your cellmate will find out about the transfer request and be upset.

Officers may be dispatched to your cell to search for contraband, possibly a weapon. Inmates may mistakenly believe you are a snitch as a result of this. Of course, that is something you never want to happen. So it’s a risk in either case.

Prison officials want to take every precaution when assigning housing and carefully consider any requests to change cellmates. You want to keep a low profile in prison. Make no attempt to draw attention to yourself. Always take care of your own affairs. Try not to be concerned about what happens outside the prison walls; you can’t do anything about it at this point. Try to get through the day as best you can. This will make living with your cellmate a little easier.